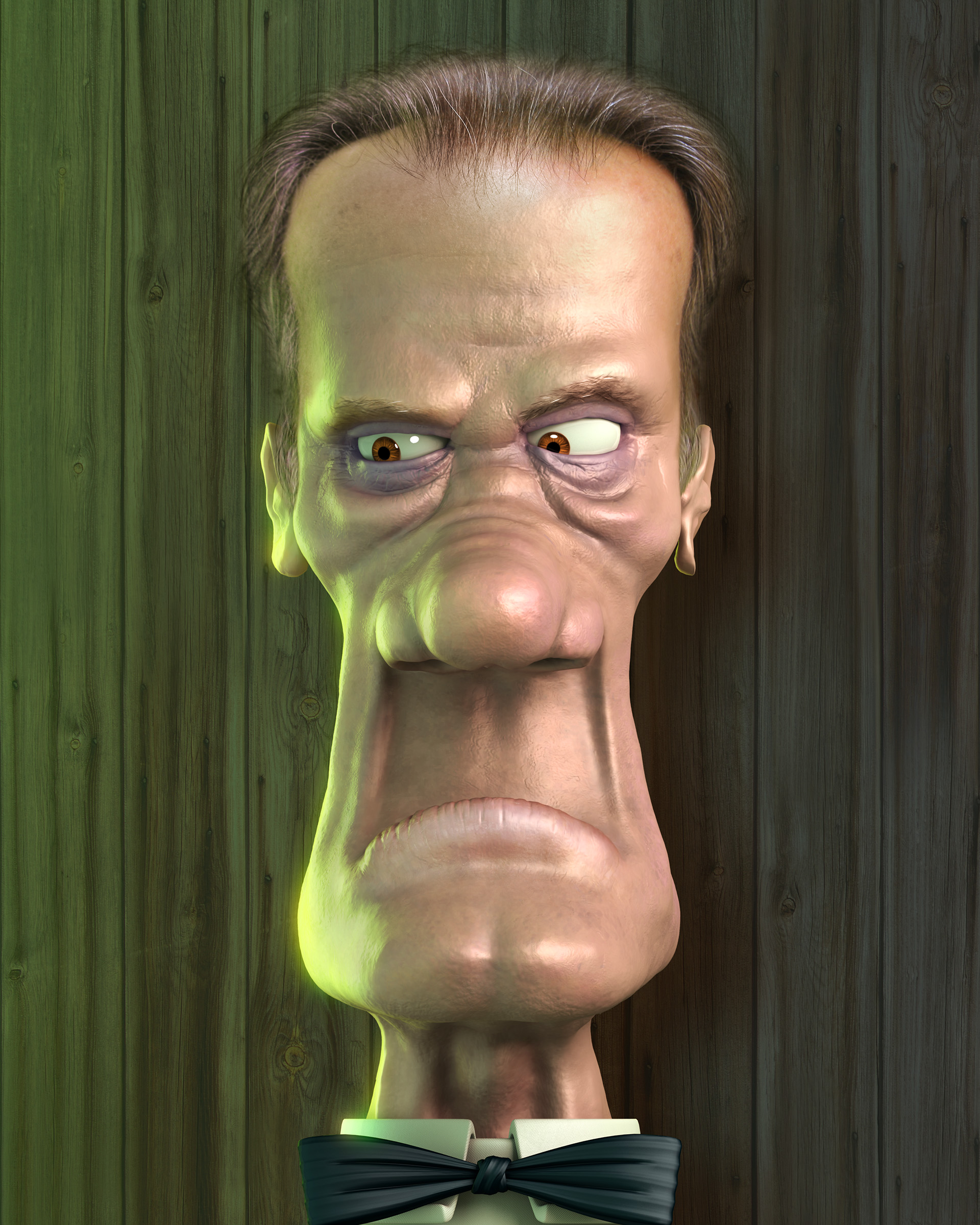 Ronald is an old and miserable sixth generation butler who is profoundly unhappy with his chosen profession. Despite this, Ronald keeps at it every day in an effort to carry on the prestigious butler family tradition, and especially to honour his father “Ronald Bottler Senior The Fifth”, who had the noble privilege of serving the great “Master Reginald H. McDonald”, also known as the inventor of the superbly popular and ever best-selling unicycle training wheels. During his off hours, Ronald enjoys sitting prostrate by the fireplace in his finest suit reading through his dated encyclopedia of rare South American Horned Slug species. In 2003, Ronald won second prize in the world-wide annual “Sir Pronunciation Championship” tournament for his 89.7% win over world-renowned Russian Butler “Boris Mikhailov” who came in at whopping 92.4% but was later expelled due to testing positive in speech enhancement drug tests. On a completely different note and due to numerous years of persistent frowning, Ronald’s upper lip has dwindled into an almost non-existant flap of pale-colored skin, only vaguely noticeable during the occasional toothy and malicious snarl.

Ronald was created over the span of about a month, on and off. He was the first of my characters created with ZBrush. The base model was created within 3dsmax, then imported into ZBrush where it was sculpted, textured and displaced. Thereafter, he was exported back into 3dsmax for lighting and rendering using VRay 1.45.70. The rendering was split up into numerous layers such as diffuse, specular, shadow, ambient occlusion, diffuse glows, etc, for optimum control during the compositing stage. The hair was created from a composite photograph and distorted to match Ronald’s head proportions.

Ronald was modeled and textured with 3dsmax 6.0 and ZBrush 2, rendered with VRay 1.45.70 using traditional lighting techniques with global illumination, and composited (as well as color corrected, processed and treated) with Photoshop.