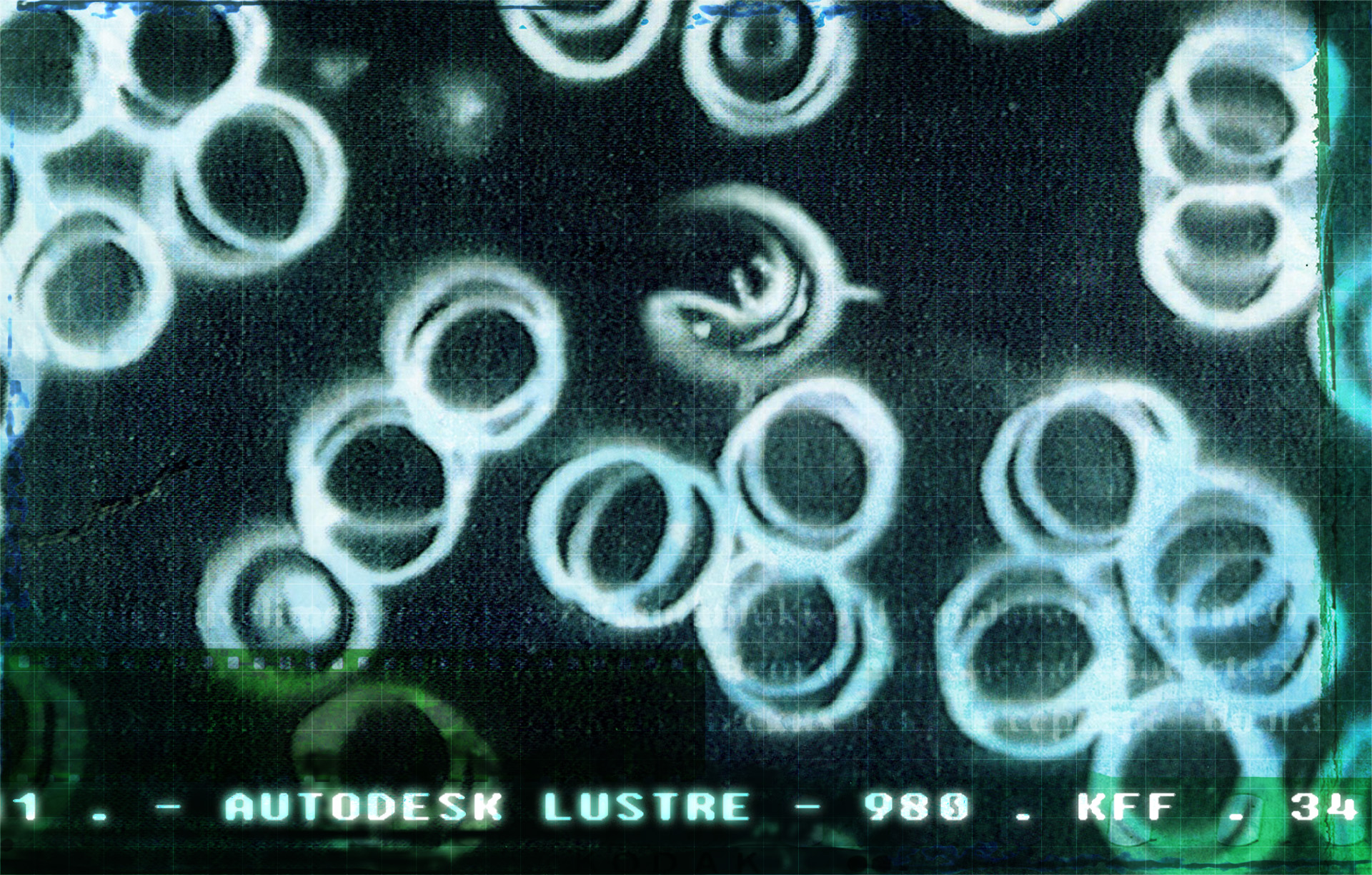 These are various conceptual prints created during the development of the Siggraph 2007 showcase demo produced for Autodesk Media & Entertainment (M&E) at Hatch Studios Ltd.

The premise was to create a sophisticated menu system symbolizing Autodesk’s various M&E market and product lines. The demo features three main sections: Film, Design, and Games, each of which was intercut with client footage.

In addition to the menu sections, there were software showcases to take into account. These prints focused on depicting the various Autodesk applications in a molecular fashion – and in an effort to produce an image in which the viewer would have to look twice before seeing the software icon embedded within.

Each of these backgrounds stemmed from original molecular scans which were then heavily edited in Photoshop to incorporate the icons within.