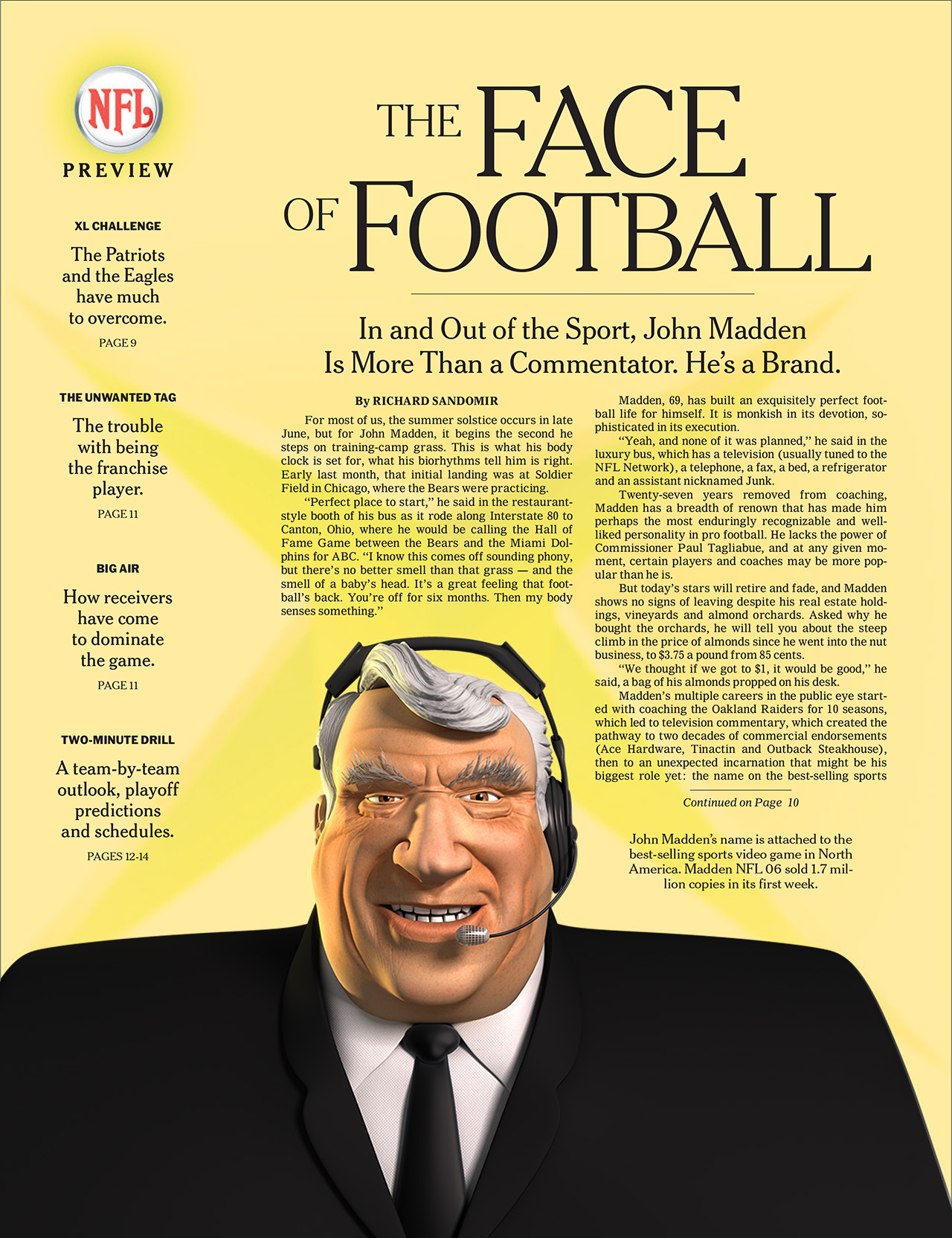 This image was created for Wayne Kamidoi, the art director for sports at The New York Times. They ran a feature story on John Madden for their NFL preview on the front page of the sports section on September 4, 2005.

John Madden was modeled and textured with 3dsmax 4.2, rendered with VRay 1.45.70 using traditional lighting techniques with global illumination, and composited (as well as color corrected, processed and treated) with Photoshop.