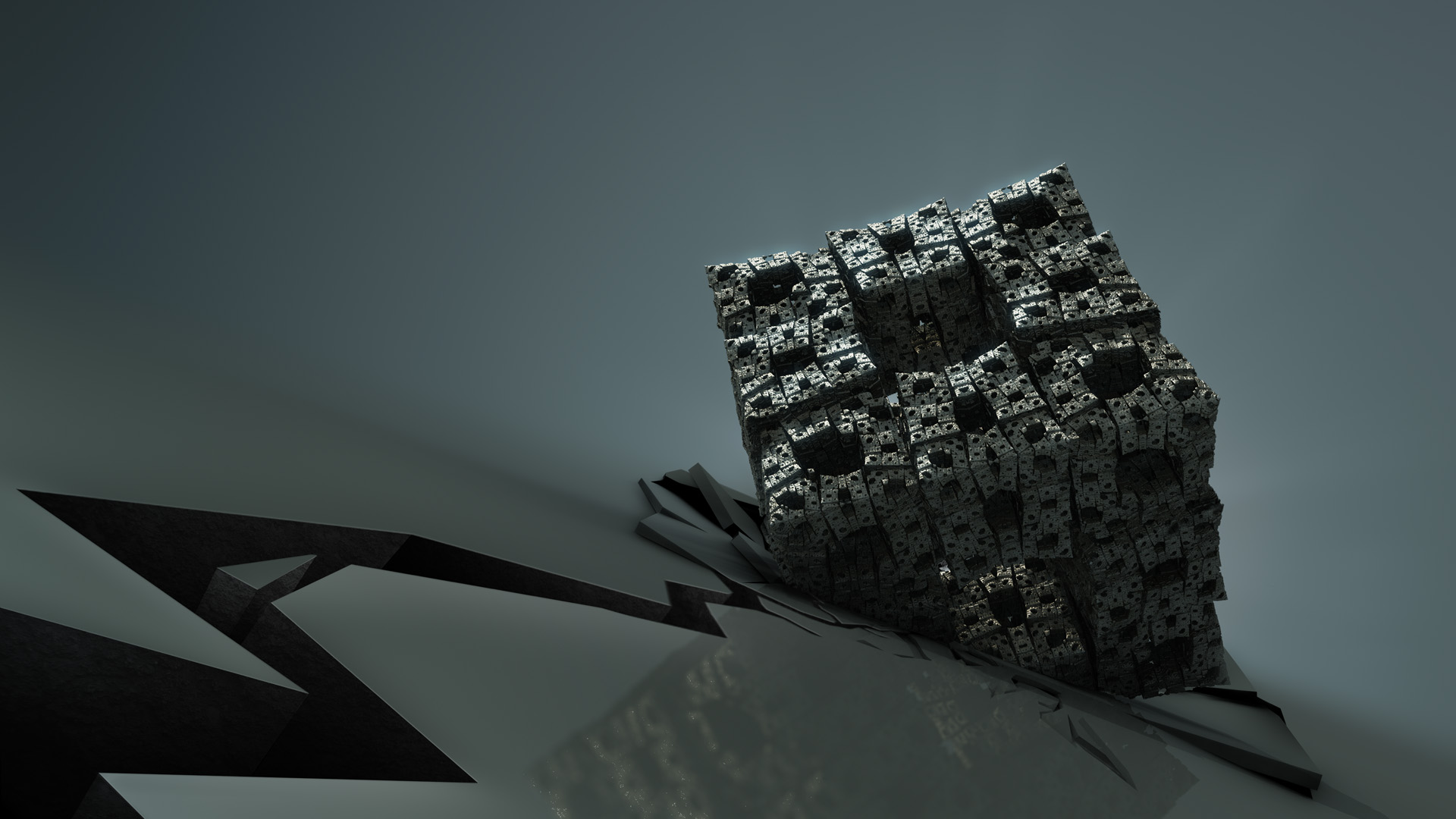 Fragmentarium is an open source, cross-platform IDE for exploring pixel based graphics on the GPU, by Mikael Hvidtfeldt Christensen. Fragmentarium uses GLSL and harnesses the power of the GPU which renders hundreds, if not thousands, of times faster than CPUs. This is because GPUs have hundreds or thousands of processing cores while CPU’s currently have a maximum of 16-32.

Fragmentarium works through progressive path tracing so the more samples you throw at an image and the longer you allow it to render, the more refined it will become. It provides various rendering engines including brute force, area light / soft shadow raytracing, and distance estimation. (For more info regarding DE, please see the Mandelbulb Project.)

There are, of course, serious limitations when rendering with the GPU, resolution being one of them. However, Fragmentarium overcomes this using a clever rendering system in which smaller sectional tiles of the image are rendered and afterwards stitched together to form ultra high resolution images capable of exceeding 150 megapixels in size.

Fragmentarium is not for everyone as it is 100% script based. However, it’s an incredible tool for exploring 3D fractals as well as creating your own.

These images were rendered with an Nvidia GeForce GTX 650 ti which I purchased explicitly for this project. The renders were blazing fast compared to my previous GPU which was an Nvidia MSI 220 gt. All images were rendered at 8K, then downsampled and processed in Photoshop at 4K. Some of the visible detail at 8K is stunning. Unfortunately, for web presentation they have been scaled down to 1920×1080, with only a fraction of the original detail left.

It’s important to note that many of the algorithms used for these images were contributed by numerous talented individuals including Syntopia, Kali, Nighty, M. Benesi, and others.