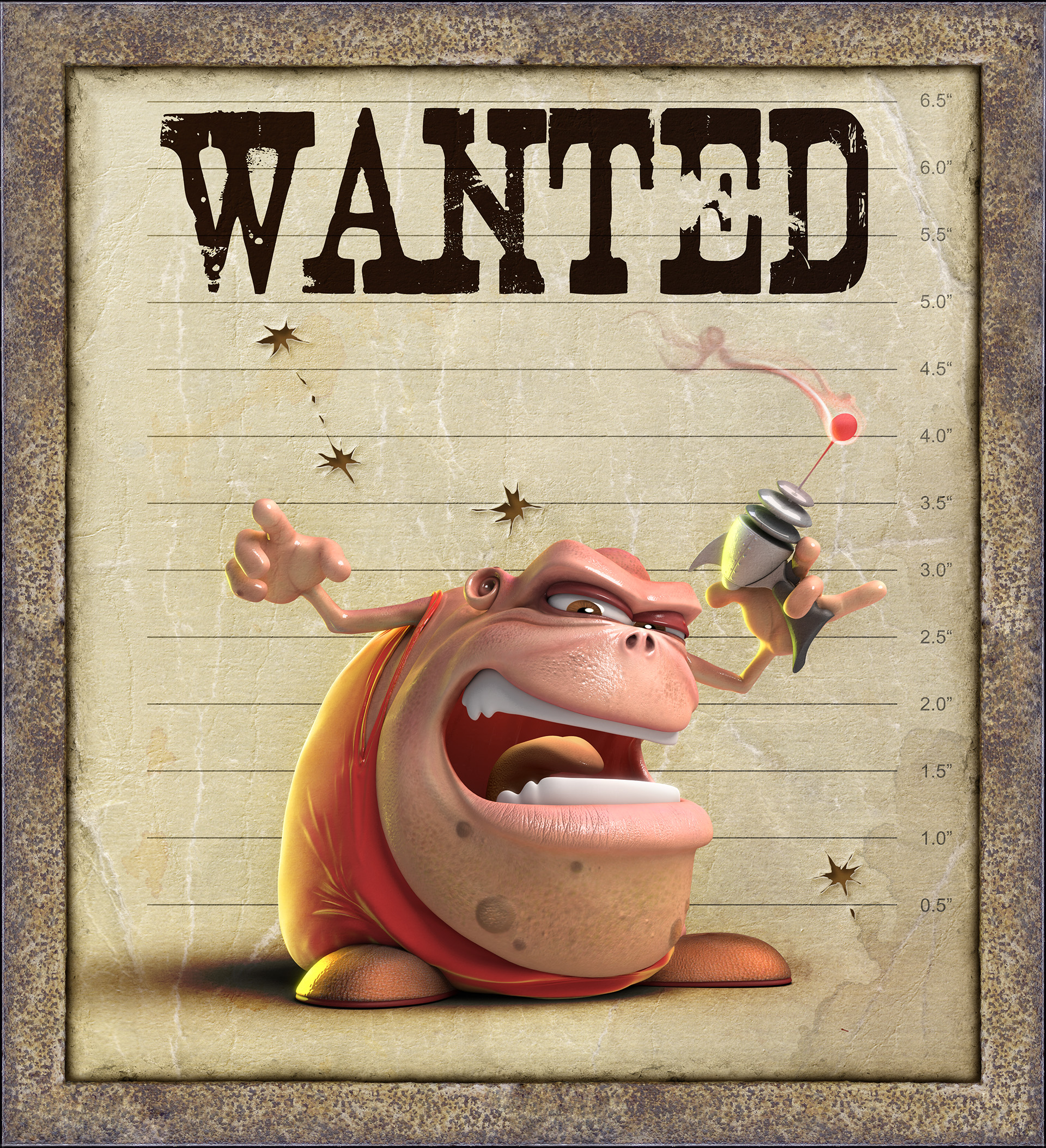 Charlie is Sammy’s intergalactic partner in crime. Together, they recklessly cruise the universe causing an insurmountable amount of trouble and leaving a trail of broken hearts behind them. While Sammy evolved from a long line of once noble and oddly refined reptilian ancestors, Charlie was a runaway offshoot from a biological swine and pit bull DNA mixing experiment gone horribly wrong. As a result, Charlie lacks the minimal capacity of intellect required for self preservation, and had it not been for his favorite personal ACME laser blaster lifted from ‘Convenience Z’ in the Delta Quadrant, his species would have long since perished having put the universe in a better place. Charlie’s quite the trigger-happy madcap he appears to be and some have incredulously compared him to a particular president from the late 21st century on planet earth*. While civilian sightings of Charlie are extremely rare, we managed to get our hands on this particular mug shot taken moments before he busted out of the joint with Sammy’s help.

*Un-named president was later responsible for destruction of planet earth.

This is an in-house character created at Hatch Studios Ltd.

Since there was only one view presented (the one you currently see), the back and side volumes had to be guessed and created once the modeling commenced. Since we couldn’t get the exact presentation we wanted once he was built in 3D due to the speculated volumes, some very bold measures were taken in order to achieve this.

For instance, the arm holding the blaster is not attached at all to the body and if it had been, it would have been significantly hidden by the body and it would have been virtually impossible to achieve the silhouette presented in the drawing. The same applies to the back of the body. A very rough approximation of the volume was created in 3D but not much detail was added since we would never see this area. It is still important, however, to create a somewhat correct form in order for the global illumination lighting to be calculated correctly.

As usual, visual style always plays a very important role in character development. The teeth, for instance, were modeled exactly in the same way they were drawn – lacking in definition of individual teeth, yet suggesting an overall pleasant form which lends its style to the cartoon world. These forms are quite often more difficult to develop in 3D since unconventional modeling methods have to be applied in order to realize the features.

One discerning aspect regarding Charlie versus all the other various characters I have created is the framing around the character. I decided to add this in order to make the image feel more of a portrait and less of a conventional render. In addition, the border and background detail lends well to the “WANTED” sign cliche which was added later as an afterthought to further enhance his background story. Aside from the character, everything else (including the frame), was created within Photoshop from various public domain textures and photo composites.

Charlie was modeled, sculpted and textured using ZBrush, and rendered with VRay 1.47.03. It was polished in Photoshop where the background was also created.