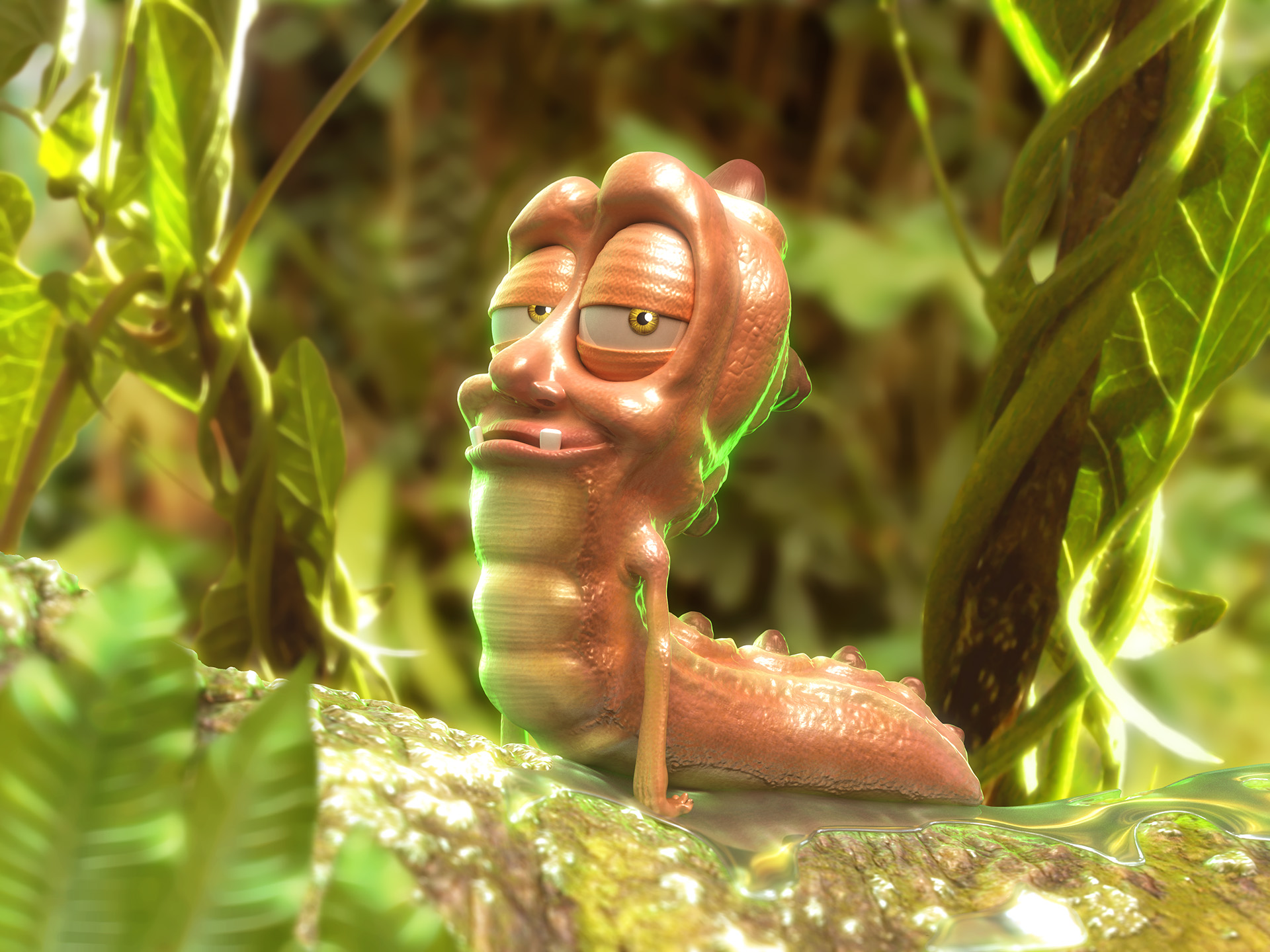 Carlito is one of the few remaining and extremely rare South American Horned Slugs. Although quite curious and passive in nature, South American Horned Slugs are astonishingly stupid and have therefore dwindled down in population faster than panties being hurled at a Tom Jones concert. It is presently estimated, or perhaps optimistically misjudged, that only a mere hundred thousand exist in the deepest, dampest and drabbest of Chilean jungles. Being descendents of the Giant South African Slug species (and still a mind-boggling mystery how they crossed the continents), they tend to secrete a thick, slimy and glistening green mucus. Once termed “The species most likely to win first place in the Darwin Awards” by none other than Darwin himself late one night during a Poker game gone sour, their mucus tends to be particularly sweet scented therefore posing a precarious threat to their impending extinction. You see, South American Horned Slugs tend to have a staggeringly short memory span and will quite often (99.8% incidence rate) supplement their diet by ingesting their very own, already forgotten, mucus trails. This, in turn, leads to a never-ending feeding frenzy in which they spend the rest of their unquestionably meaningless days going around in circles and consuming their slimy discharge until either catastrophic intestinal eruption occurs, terminal exhaustion sets in, or they are fatefully preyed upon by the ever-ferocious and often-elusive South American Horned Beetle (who coincidentally evolved with the unfathomable gift of specifically identifying that very same mucus scent from over 3 kilometers away).

Carlito was created over the span of about a month, on and off. He is the second of my characters created with ZBrush. The model was created within ZBrush using ZSpheres where it was modeled, sculpted, textured and displaced. Thereafter, it was imported into 3dsmax for lighting and rendering using VRay 1.45.70. The rendering was split up into numerous layers such as diffuse, specular, shadow, ambient occlusion, diffuse glows, etc, for optimum control during the compositing stage. The foliage was created entirely from numerous composite photographs and the depth of field was produced with my own Depth Of Field Generator PRO plugin.

Carlito was sculpted, textured and displaced with ZBrush 2, rendered with VRay 1.45.70 using traditional lighting techniques with global illumination, and composited (as well as color corrected, processed and treated) with Photoshop.