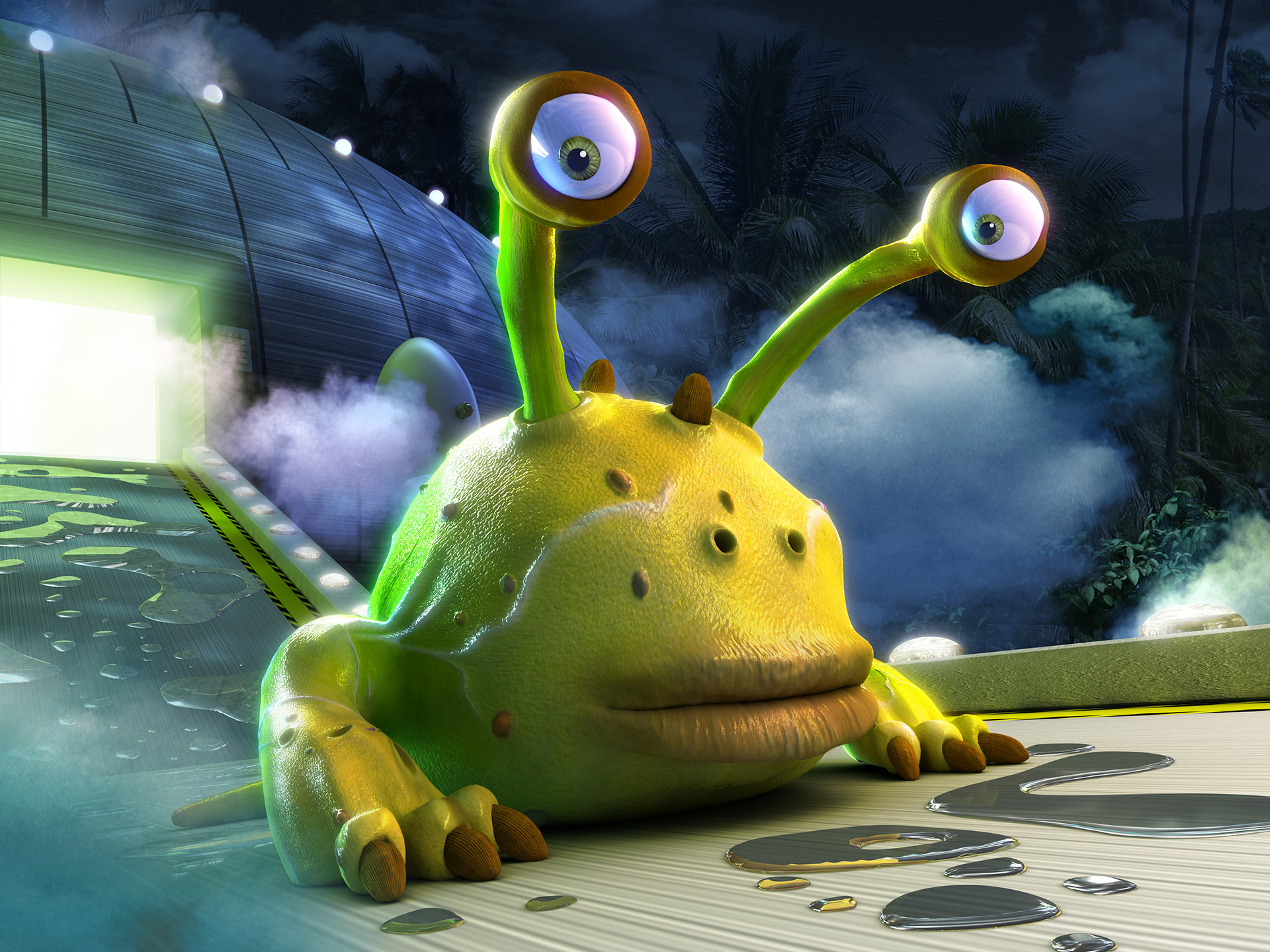 Although he’s technically supposed to be a merciless alien invader, Boris is far too compassionate for planetary conquest and instead “comes in peace”, quite often evading near-death capture by the various worlds he visits. After a long day of harrowing escapes, Boris enjoys sipping tea in the evening while watching “Friends” on Tele-ZOVA VX1.

Boris was created over the span of about a month, on and off. He was produced solely for personal satisfaction from an idea I had some time ago. He was modeled with a mix of box modeling and mesh sculpting in 3dsmax. His skin was rendered with micro-triangle displacement technology, in conjunction with conventional bump mapping which looks very impressive in the 4000×3000 resolution composite. Boris was rendered in numerous layers for maximum compositing control, as all my projects are. There were 35 layers in total, particularly because there was heavy Photoshop work done to this one. Perhaps if there is enough interest in the near future I will show the layering breakdown.

Boris was modeled and textured with 3dsmax 6.0, rendered with VRay 1.45.70 using traditional lighting techniques with global illumination, and composited (as well as color corrected, processed and treated) with Photoshop.