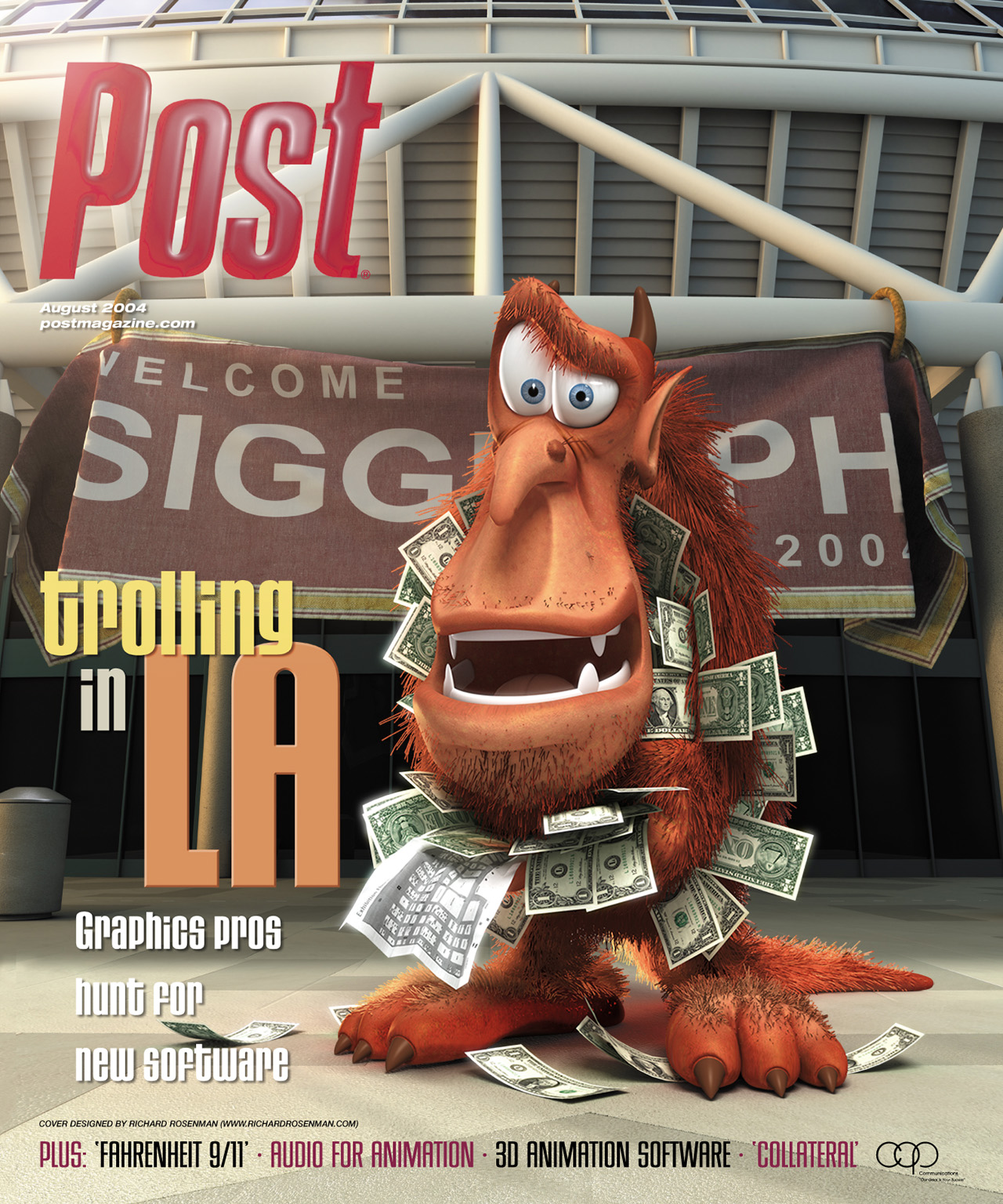 Swead became so popular he was featured on the front cover of Post Magazine for their Siggraph issue. An environment was developed which suitably features the LA convention center where Siggraph 2004 was held that year.

You can check out the original Infosection “Swead” project from the links below.