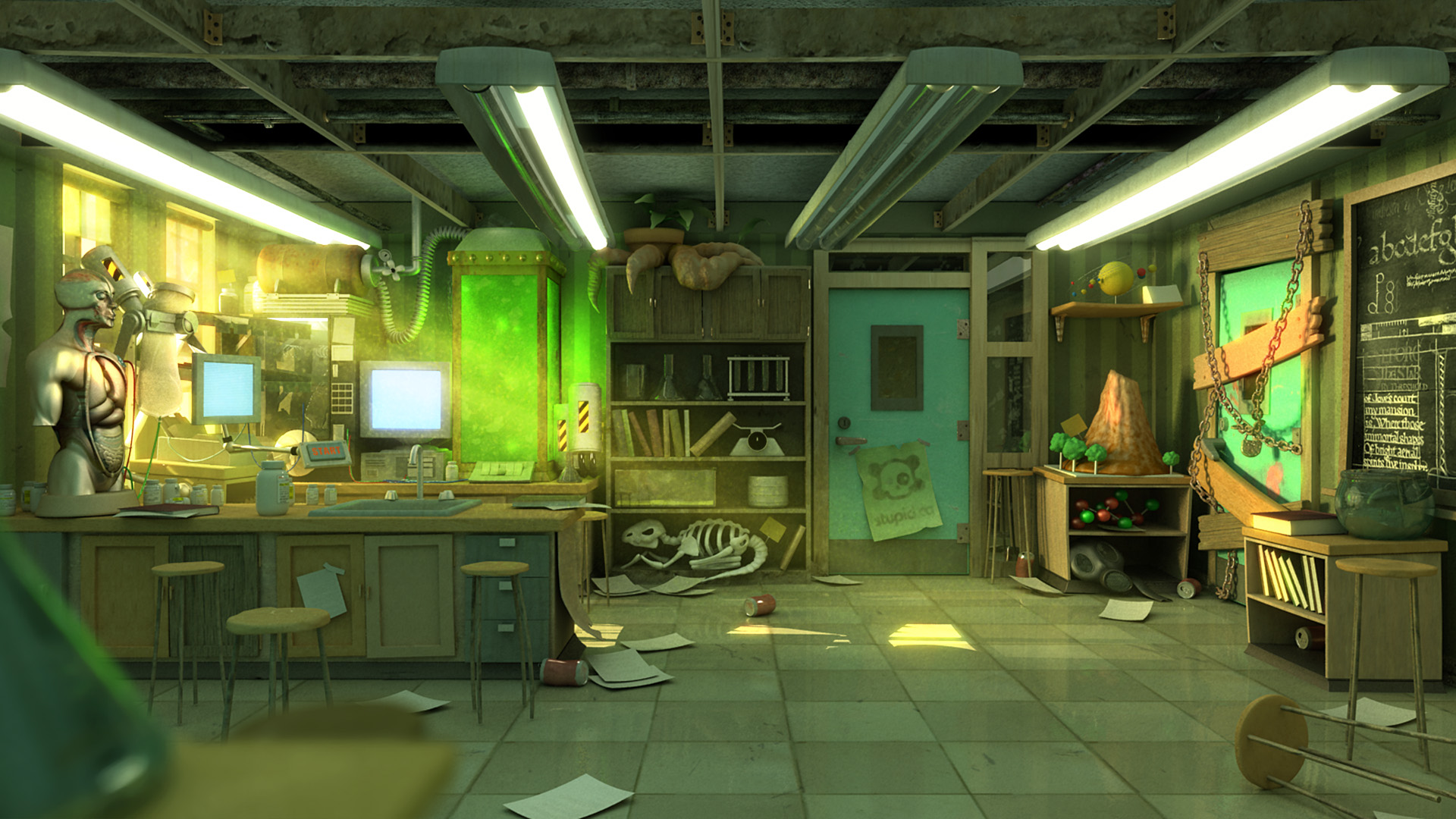 These are a set of fourteen recently completed backgrounds created at Hatch Studios Ltd. for the agency Mighty @ Bensimon/Byrne. They were developed for the new 2006 version of the highly-successful anti-smoking campaign website commissioned by the Government of Ontario.

These backgrounds were not only a great deal of fun to work on, but the guys at Mighty were extremely talented in Flash development and a pleasure to work with. Once the interactive elements were put together on their end, the site proved to be a creative and technological wonder.

Each of the rooms were color graded in a specific hue to reflect the mood and atmosphere of the environment.