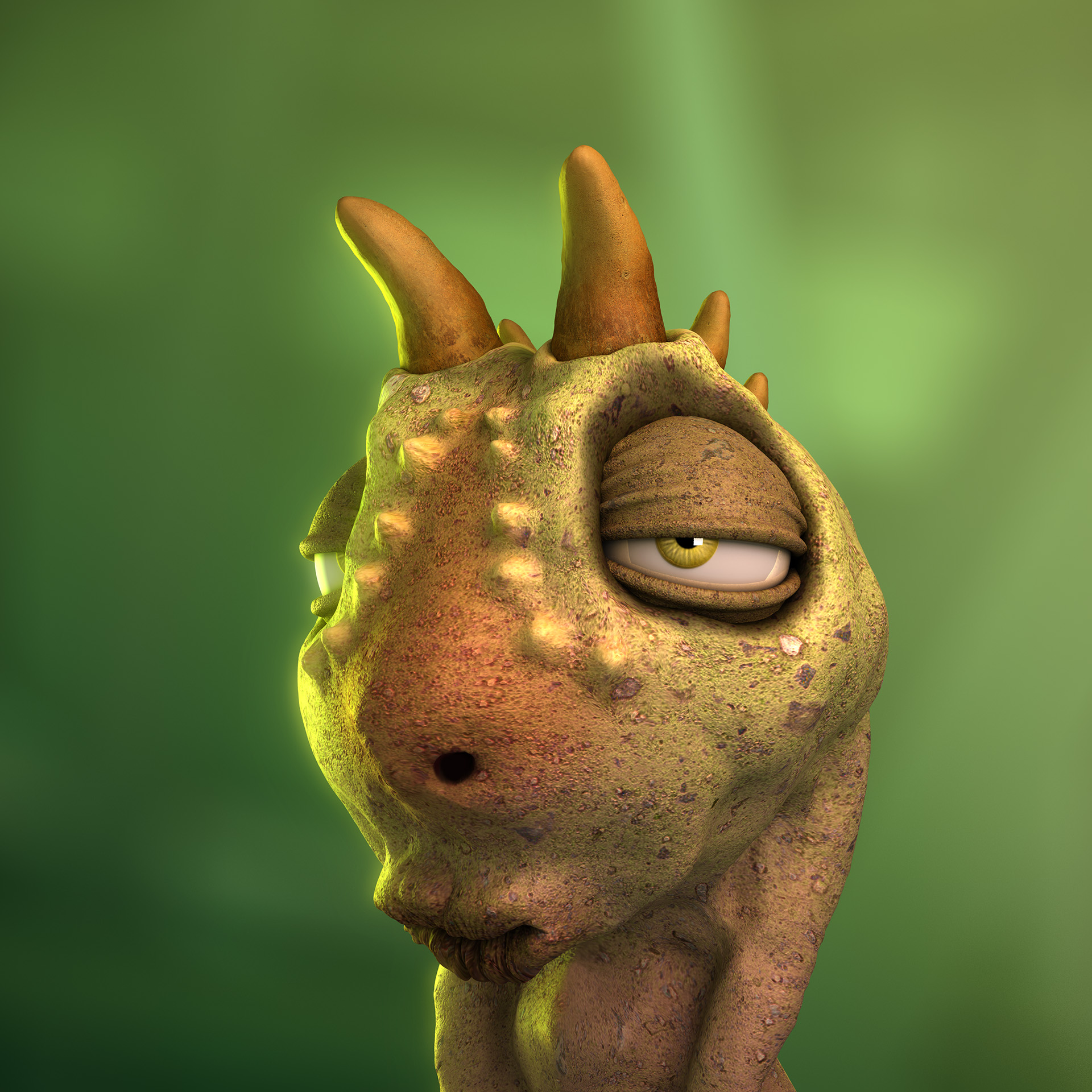 Sammy travels the galaxy with his sidekick Charlie for the sole purpose of “disturbing the peace”. He is known by many as “The Troublemaker”, or more simply put, “The Troubler”. Sammy peddles faulty weaponry and defective warp engines for income, often reselling such scrap for more than ten times their worth. Although Sammy may appear to be quite reptilian in nature, he is actually quite a ladies man and has a bad habit of getting caught red handed by his multiple girlfriends across the galaxy. Currently, there are several hundred arrest warrants for him due to fraud.

Sammy was created over the span of about a week, on and off. He was produced solely for personal satisfaction, from an idea I had some time ago. Although he is a fairly simple character in terms of design, the lighting, texturing and rendering were quite complex. His skin was rendered with micro-triangle displacement technology, in conjunction with conventional bump mapping and although this is not quite evident here, it is very impressive in the 4000×4000 resolution composite. The fine displacement used on the skin produces ultra-detailed realism which effectively eliminates any stretch on the texture maps. Sammy was rendered in layers for maximum compositing control, as all my projects are. There were 7 layers in total: 2 gradient backgrounds, a DOF detailed background, a character layer, a global illumination layer (GI Pass / Ambient Occlusion Pass), a diffused soft glow, and a harder edge glow.

Sammy was modeled and textured with 3dsmax 6.0, rendered with VRay 1.09 using traditional lighting techniques with global illumination, and composited (as well as color corrected and processed) with Photoshop.