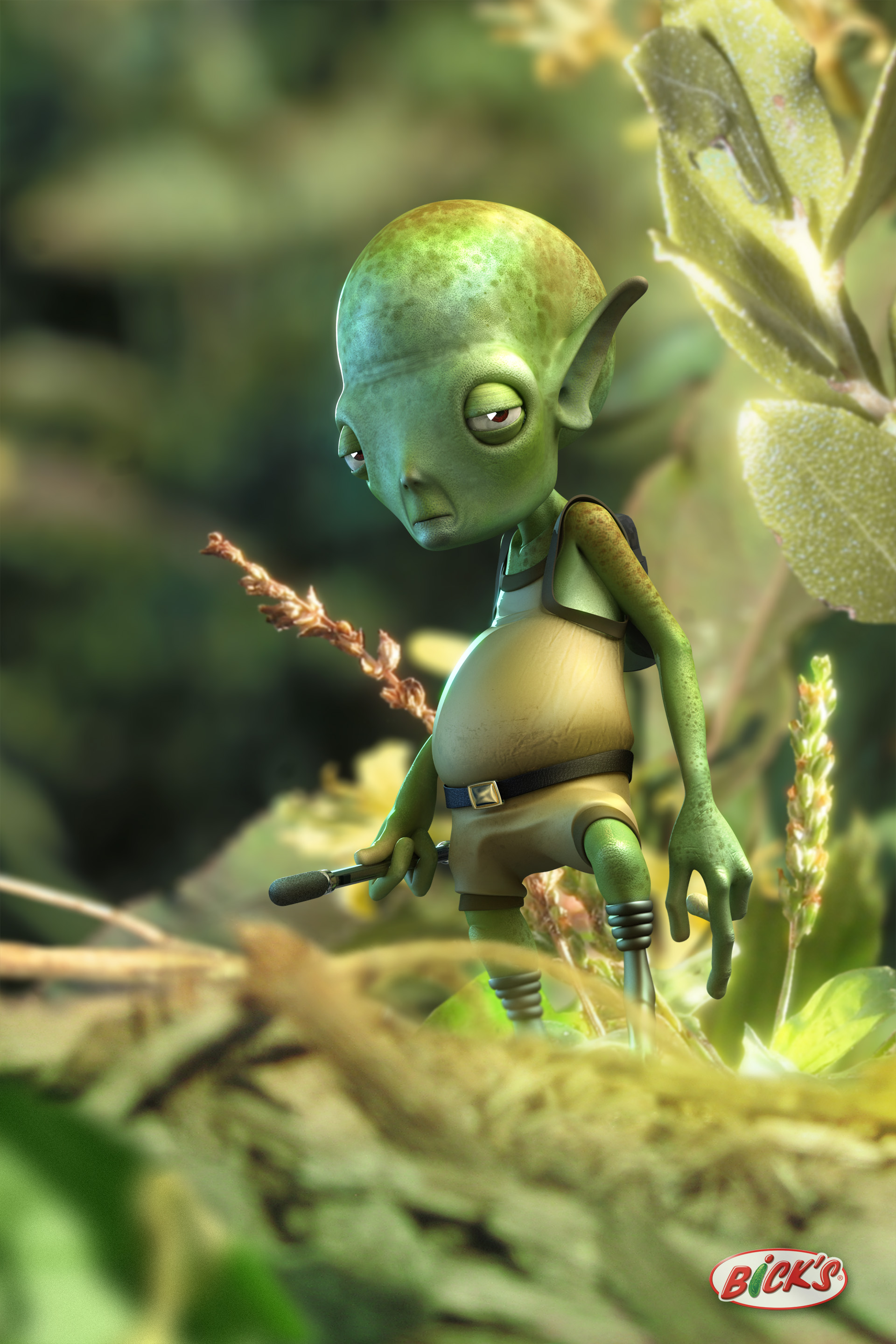 This is a promotion print of the Bick’s alien produced by Hatch Studios Ltd. for Ogilvy & Mather. A link to the original project can be found below.

The alien was modeled and textured using ZBrush, rigged and animated in 3dsmax 8.0, and rendered with VRay 1.47.03. Depth Of Field was produced in part with DOF PRO. It was polished in Photoshop using photo composites.