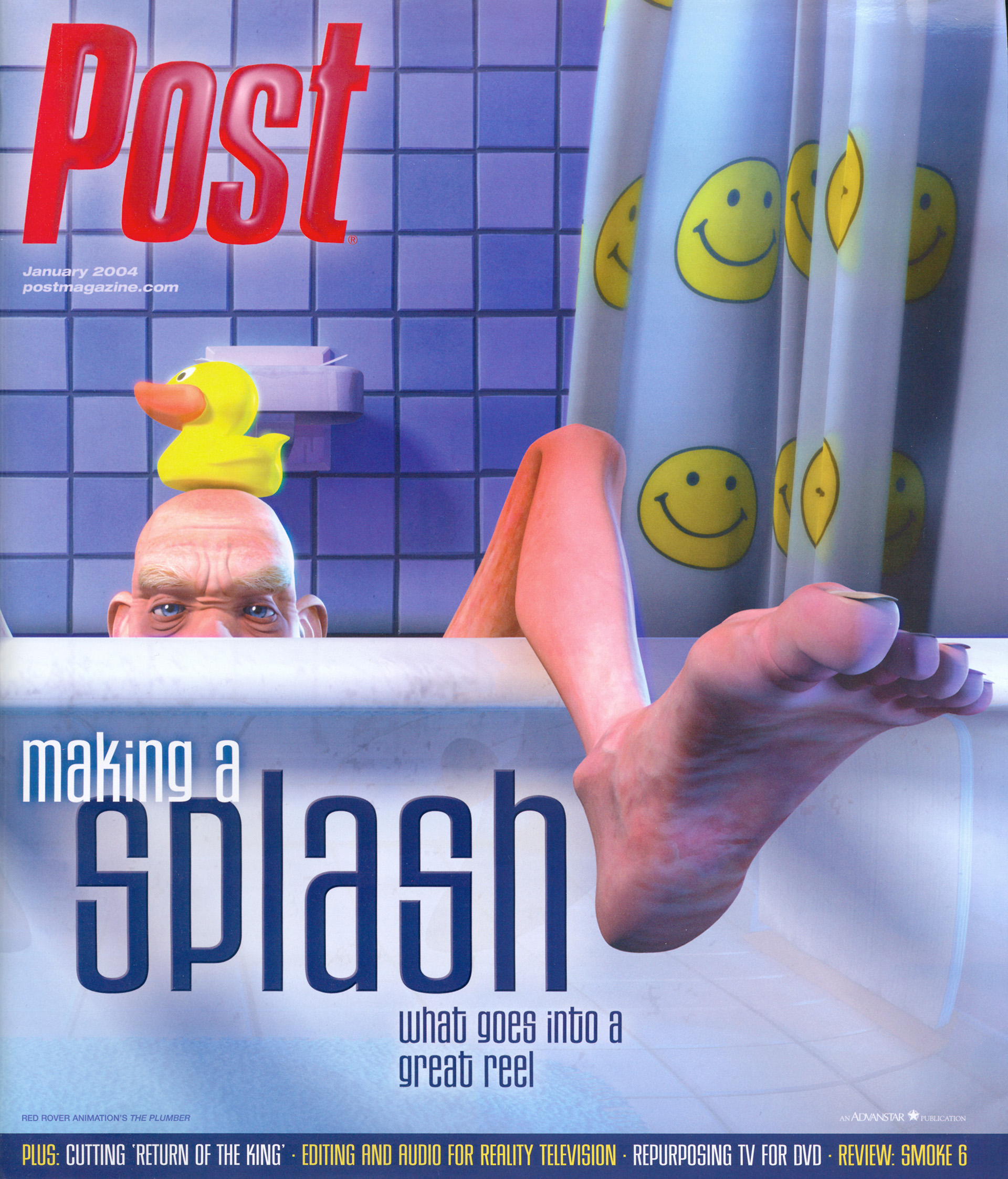 With the huge success of Plumber and it’s BAFTA nomination, we received many requests for marketing material. This is a poster print we created for our old friends at Post Magazine, who graciously published it on the front cover of the January, 2004 issue.