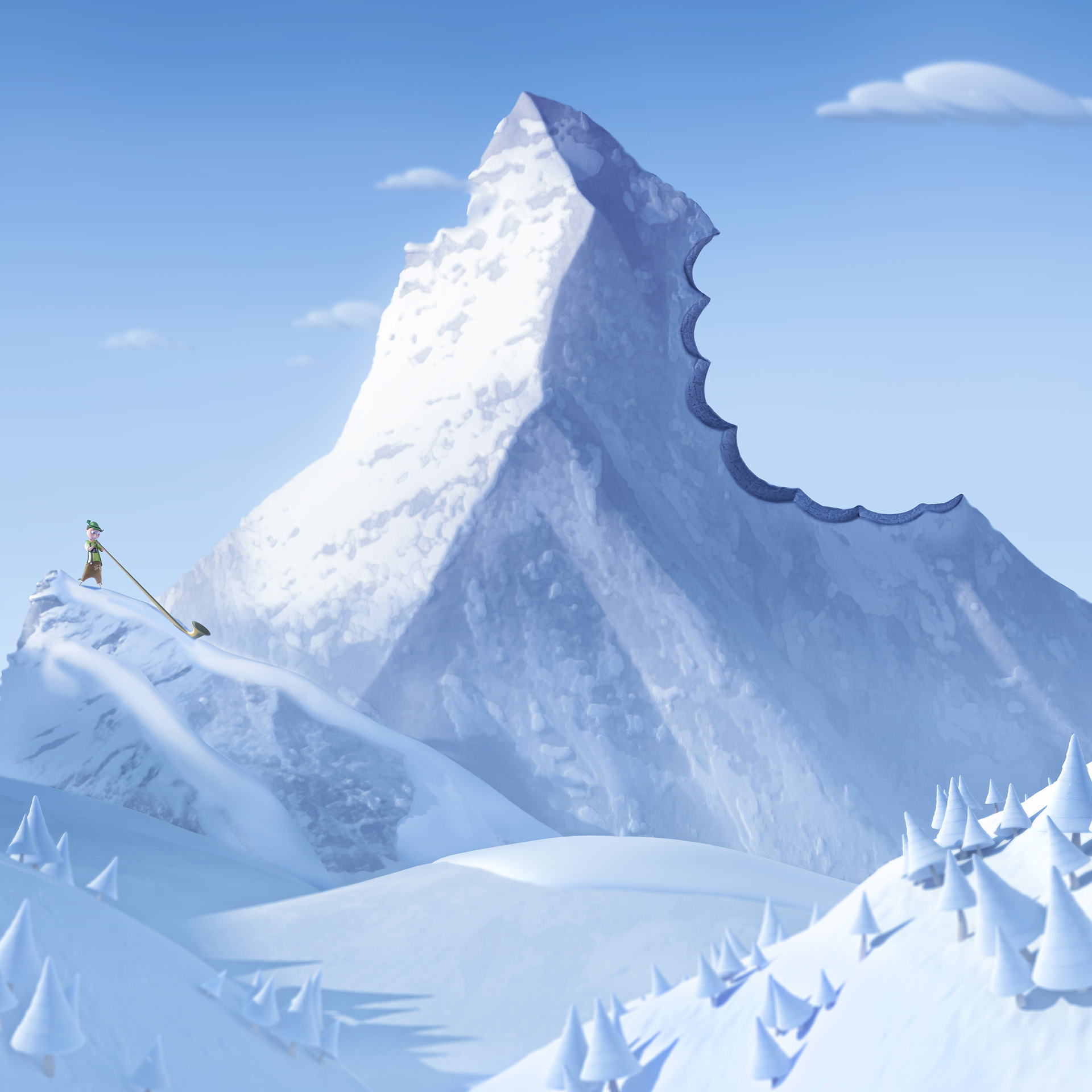 Toblerone “Matterhorn Print” is a magazine print created by Hatch Studios Ltd. to accompany our other Toblerone prints (see similar projects). Like our heavily stylized spot, this print features a stylized Matterhorn mountain with an equally stylized character. Like the other prints, the Matterhorn appears to have the Toblerone bite taken out of it.