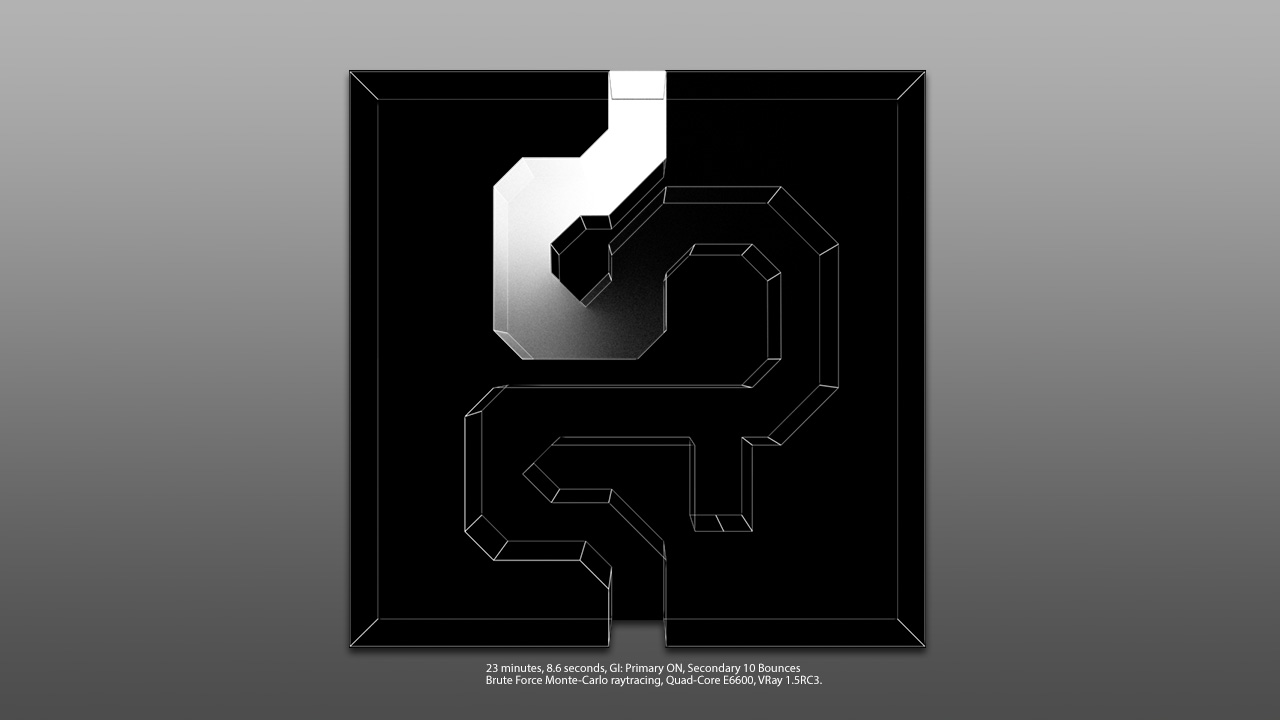 Global Illumination radiance works through the transmission of light bouncing off various objects and taking a predetermined amount of that object’s diffuse color with it. By setting a secondary bounce limit, you can increase or decrease rendertimes significantly and control the amount of environmental light distribution throughout your scene.

This simple experiment was produced in order to test the relationship between light bounces and rendertimes, as well as study the resulting effects of adjusting these variables. In theory, the more secondary bounces you allow the renderer to have, the further the light will transmit throughout your scene, provided that the diffuse colors are bright enough to bounce enough light.

To test this, an enclosed model was created and a VRay light was placed at one end of the structure. The model provided a complex tunnel for the light to transmit through, with an opening on the opposite end for the light to exit. The walls were colored full white. A series of renders were then produced, each with an increasing number of allowable light bounces. Naturally the rendertimes increased but it is interesting that after reaching a large number of bounces, the rendertimes did not increase as significantly as with lower light bounces.

Brute force monte-carlo raytracing was used for the GI calculations as this provides the most accurate (yet slowest) results. The images were rendered with VRay 1.5 RC3 on a quad-core 2.4 GHZ system.