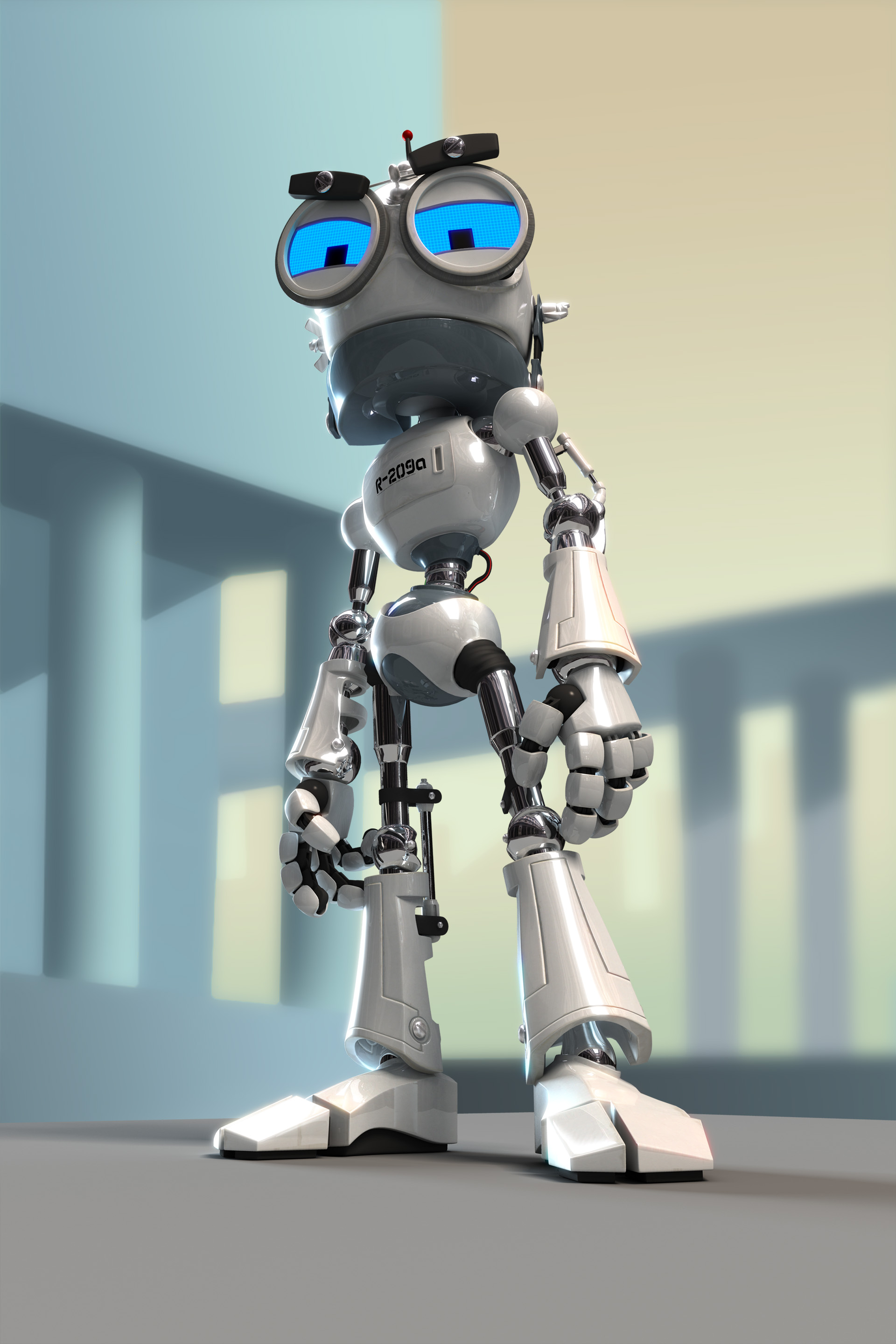 These are the character prints developed for our short film, D.A.N.D.Y. I performed texturing, lighting and rendering for these prints and they were a lot of fun. I created six different versions of the robots; the clean civilian, the rusting civilian, the rusted civilian, the police, the military and the EPA. Because we wanted to ensure all the robots looked alike, we created different suits and props that could be fitted on each one.

These characters were created with 3dsmax 6.0, rendered with VRay 1.09 and composited with Photoshop.