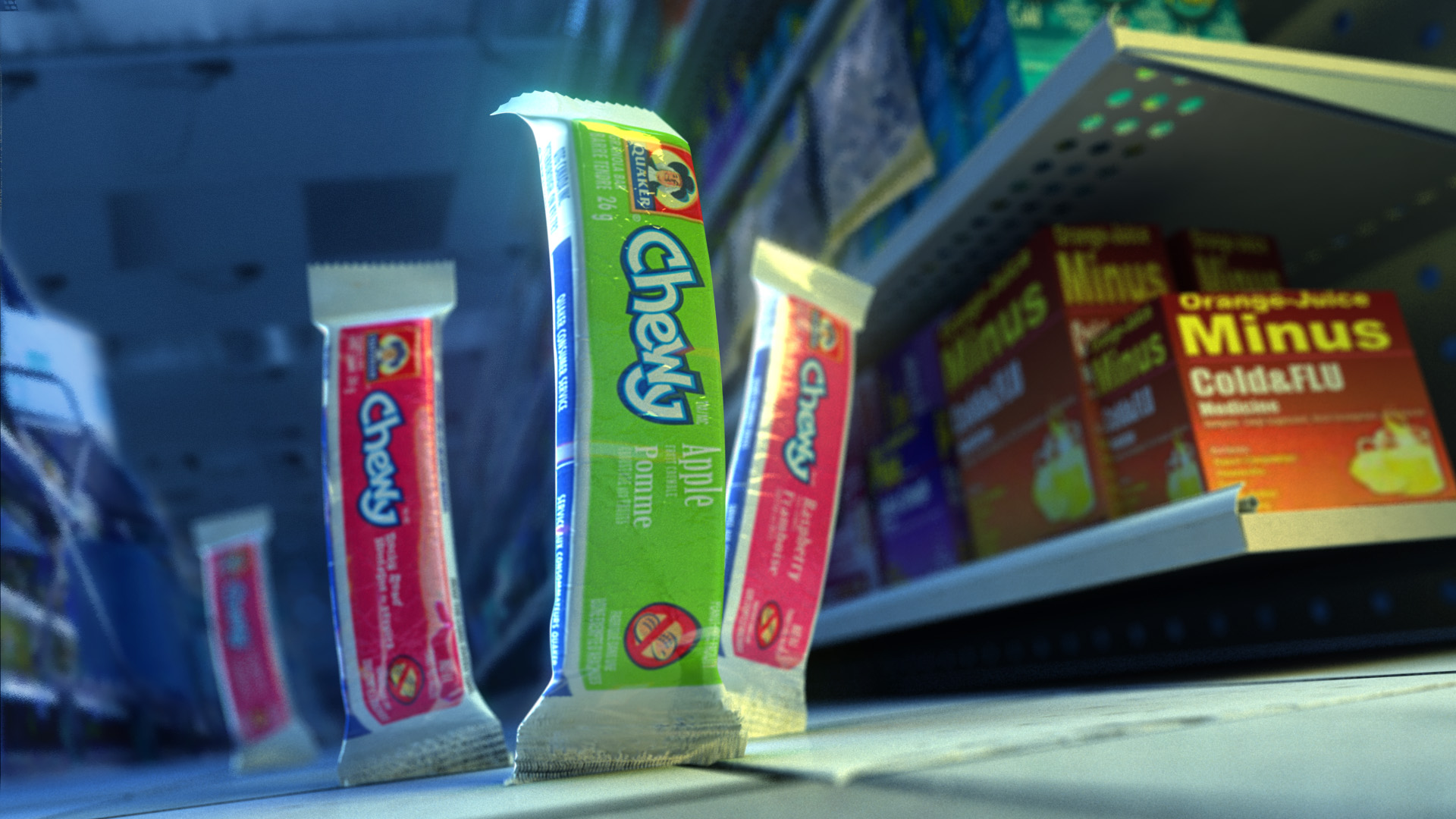 Quaker Chewie Granola Bars modeled in 3D for a production demo. A store interior was developed for the setting.

Modeled with 3dsmax, rendered with VRay and composited with Photoshop.