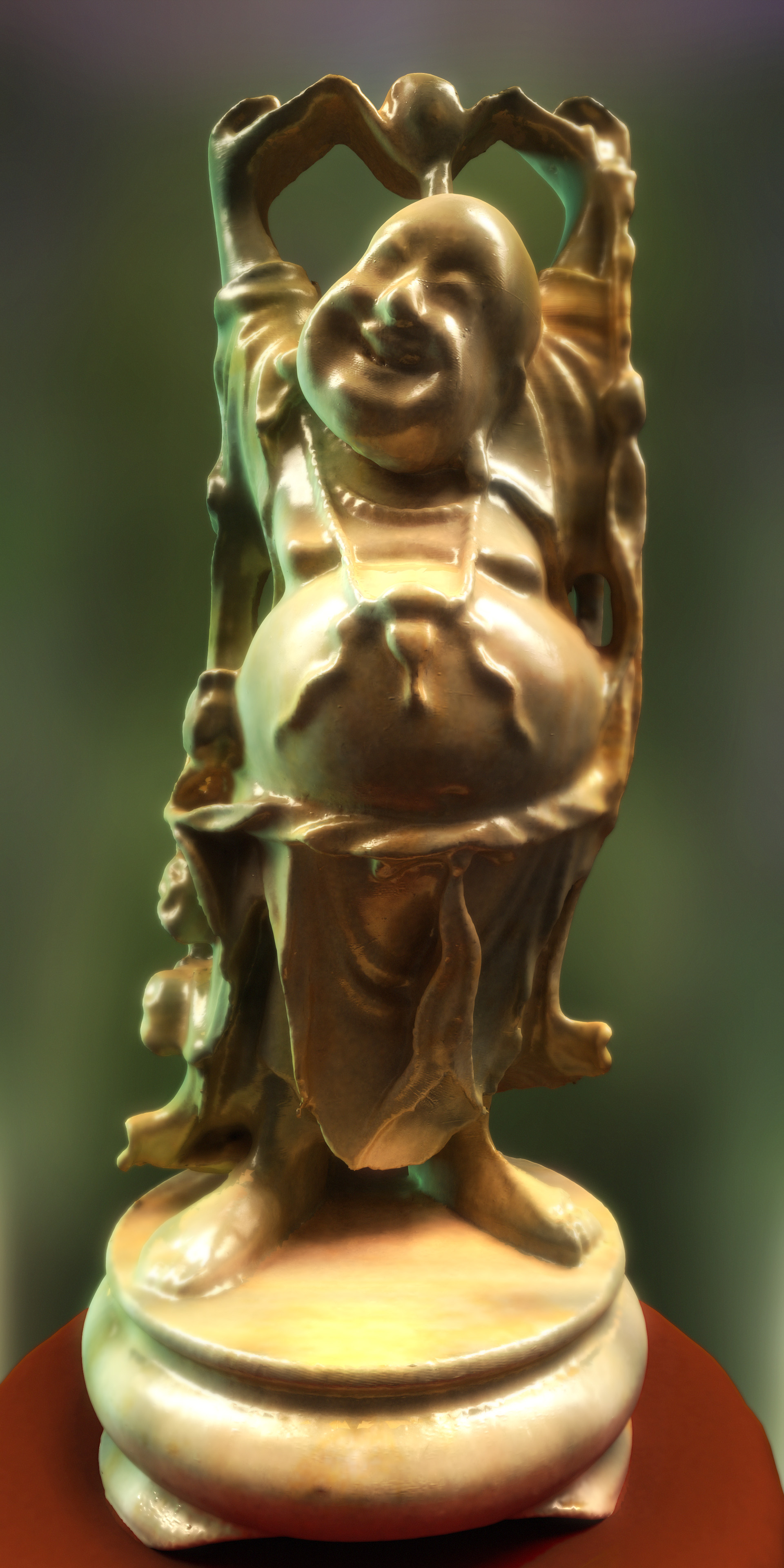 This is one of the earliest 3D scans from the Computer Graphics Laboratory 3D Scanning Repository at Stanford University. It has been widely used in the 3D industry for rendering engine tests due to it’s high polygon count. The original comes in the University’s .PLY format and contains 543,652 vertices and 1,087,716 triangles. However, after the conversion to 3dsmax (using Headus Tools’ PLY23DS.EXE), it was cut down to 151,362 vertices and 293,232 triangles. The high-resolution render which was output at 2000×4000, isn’t online but a lower-resolution version is. The mesh detail came out pretty well with the exception of occasional bad polys randomly scattered throughout the mesh, which was probably caused by the conversion process.

Rendered with VRay 1.08. Some processing in Photoshop.