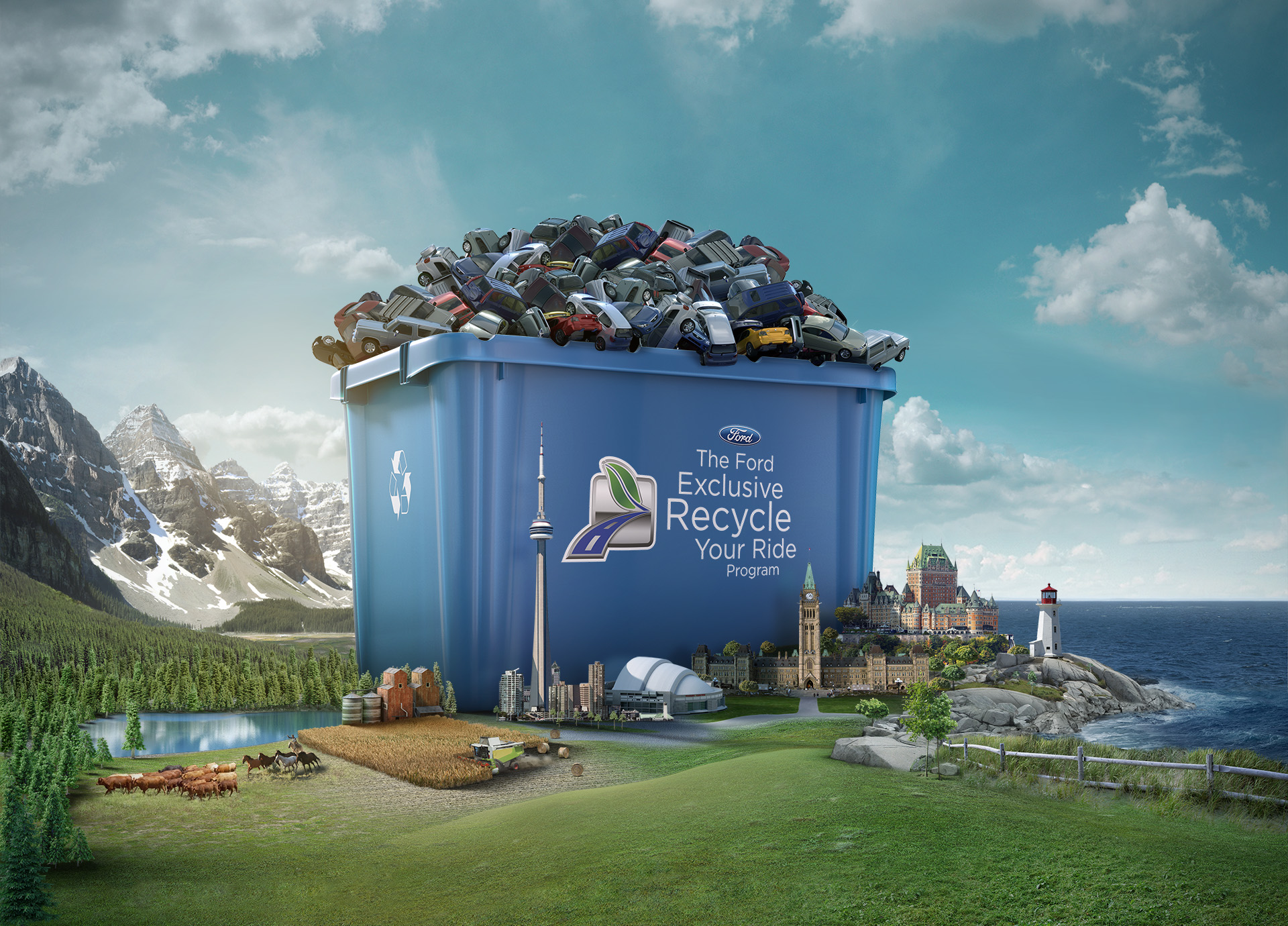 This was an ultra high resolution print created by Hatch Studios using a combination of 3D and photo-elements in a short turnaround.

Stock photography was purchased for the various elements which were then cut out and carefully color-corrected / processed in Photoshop for proper integration into the composite. Correcting the lighting in the various images so as to match is usually the most challenging part of assembling a photo-composite but the results here turned out great. The blue bin and cars were created in 3D using various Ford model vehicles which we had used in the past for other Ford projects. The 3D lighting also had to match our 2D composite.