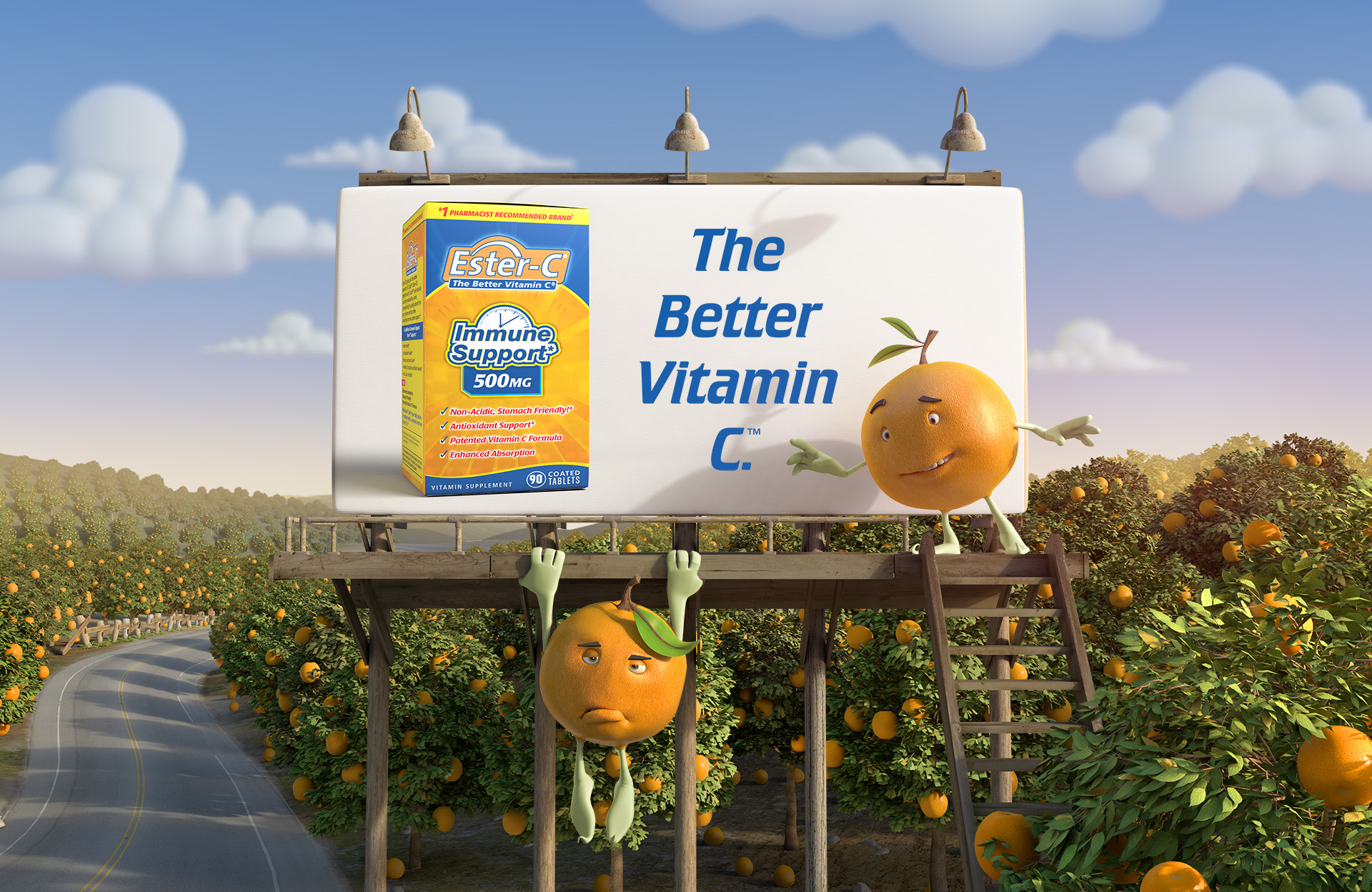 Ester-C “Billboard” is a follow-up sixth spot to the previous set recently created at Hatch Studios Ltd. It features two comedic Orange characters that were developed and created at Hatch for the branding of the new vitamin product. This is a high resolution poster developed in conjunction with the spot.